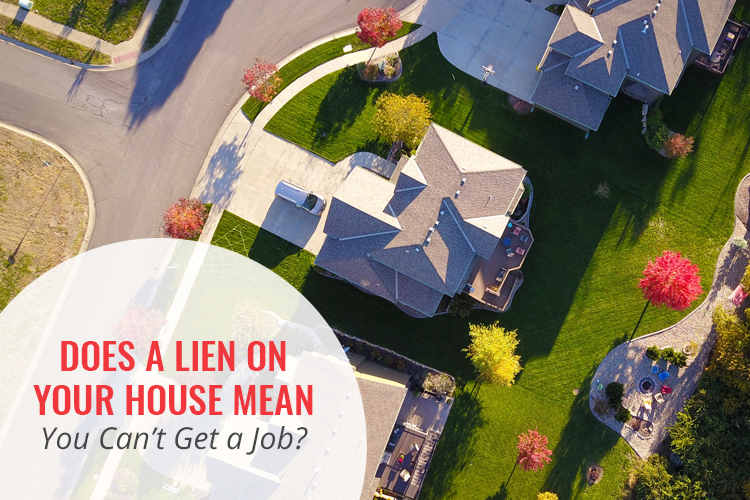 It would be lovely if everyone had a stable financial situation that would not get in the way of things like looking for a new job. But that is just not true. A family’s financial matters can quickly become a big problem if they are, for example, faced with overwhelming medical bills. This situation can sometimes mean that people will need to have a lien on their home.

When I was a recruiter, one of my co-workers was working to fill a Controller position for a mid-size company. A lien on the top candidate’s house was one of the things disclosed with a background check. Something did not ring true when the recruiter asked her about it. The hiring manager was not comfortable with her responses and asked the recruiter to find someone else.

My co-worker continued her search to find another qualified Controller. She found someone she thought the hiring manager would like. But a background check also revealed a lien on her house. Yikes! But when asked about it, her explanation was credible. She was hired.

The lien on the house was not really the biggest problem. The trick was that one woman had a reasonable explanation, and the other did not.

Here are 5 strategies if you are in a similar position:

Financial issues can be nightmares for families, preventing them from grabbing opportunities that might help them move past their problems. If you want some help figuring out how to frame your financial problems so they aren’t roadblocks to a potential job offer, I offer free consultations. Let’s put you in a position to succeed!